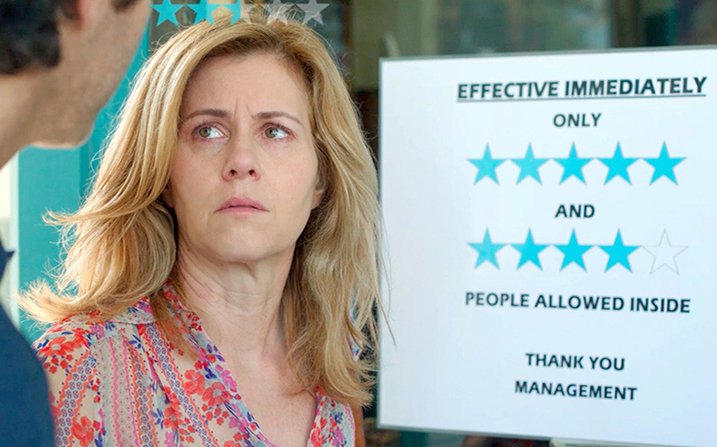 What’s so important about a 5 star rating? Maggie’s about to find out!

Maggie, a wife and mother, must find the courage to own up to her behavior when she wakes up to find every adult has received a YELP-like star rating floating above their head. While most everyone has a shining 4 and 5 star rating, Maggie’s got just 2.5!

How many stars would you have? 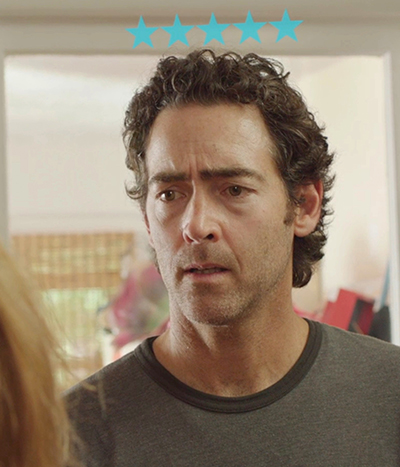 I got the idea for rated one night in Dec 2014 listening to friends tell me about UBER and how people can rate their drivers, but that the drivers can rate their passengers as well. This concept of rating people’s behavior, and our family’s constant use of sites like YELP and TripAdvisor where every service, house, beach, and park is now rated with a star system, really intrigued me. My writing has always followed a personal path and thus the combination of ideas of my home life with two kids, relationship challenges, and rating things came together to create rated.

I wanted to tell the story in a way where the rating system, the stars, floating above everyone’s head, would be a secondary issue, they were just something that had happened. But at the same time, the stars would force our main character, Maggie, to look in the mirror and really see herself for how she acts out in the world.

Thus the stars took on the role of an intervention helping this couple and family to resolve their issues and be there for one another, but also draw boundaries when necessary to protect themselves and hopefully help their mate learn their own lesson.

At the same time, the mere existence of the stars meant that Maggie got to and had to experience what a rating star system of this kind could mean to the world.

I put great thought into the look of the stars, the height above the head, the size, the number of stars over each person, consistency, and why Maggie would have 2.5 stars versus 3.5 or 4 or 1, and why her husband had 5.

I purposefully shot out as much of the stars as possible on close ups so that the focus would be on the actors/characters and what they were going through, because, again, the stars were secondary to the drama and vulnerability my characters were experiencing as humans in this dilemma.

The extra challenge was during filming, where my DP, script supervisor, and I, had to pay close attention to the amount of head room in every shot to allow for the stars to be completely or partially seen and or be shot out completely.

The script and concept had the cast and crew talking constantly. The best thing about the concept of rated is that it strips away what we see of each other; skin color, sexual orientation, rags or riches and brings the most important virtue front and center; how we treat each other. However, with a price, having this rating system also takes away a key human trait: trust. Thus, segregation rears it’s ugly head and immediately the idea of simply treating everyone the way we would want to be treated is uniquely challenged.